Integrate the "Support the project" button on your website:

1. Click in the field below
2. Copy the HTML text with "CTRL + C"
3. Integrate the code into your website 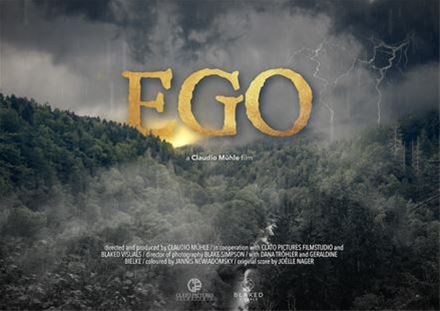 Two former classmates go on a camping trip. On the way through the wild it becomes clear that they were not best friends. After Freyja gets injured and walking becomes tedious, Hana has to take care of her until the conflict escalates.

EGO is a short film from the genre of psychological thriller. At first glance, the story looks like a typical adventure film with a creepy factor. But a closer look reveals that it is by no means so. The characters have to face moral dilemmas and question themselves in the process. In this film there is no struggle between good and evil, because both are in every human being, it just depends on which side the characters decide to act on.

This film is about the shared past of two young women who did not get along well in their school days. One of the girls has taken her own life due to social difficulties and now follows her former classmate on an adventurous and visually impressive journey through deep forests and lonely valleys in an attempt to seek revenge. The end, however, may turn out differently than one would imagine. Anyone expecting bloodthirsty monsters to hide in the dark night and terrify both protagonists and the audience is mistaken. In this film there is nothing but the infinite, dark abyss of the human soul and dark thoughts that eat through the brain like poison.

In this sense, EGO offers a mirror of today's society, showing the consequences of social difficulties during school years and giving the term bullying an additional, pale coat of paint.

The length of this film is planned to be 25 minutes. We shoot it in 6K on a Blackmagic Design Camera and produce it entirely in english.

The audiovisual style of the film is based on dark, earthy tones with blue/green accents and dark, eerie music. At the beginning, the colour palette is lighter and friendlier, the weather sunny and beautiful. Light blue/turquoise tones create a coherent picture of an intact world. This is interrupted by the thinner green tones of the forest. As the story progresses, the colour palette changes to more earthy colour accents with shades of blue-green dominating. The sound design supports the colour scheme with adapted sound effects of wind, birds and later eerie noises, creaks and gloomy forest ambience.

The film music, composed especially for this film, provides a supporting framework for the story and amplifies the dramaturgy and the thoughts of the characters. The music captivates with dark, low tones that rise and fall. Nevertheless, it is subtle enough not to disturb but to accompany the audience on their journey.

This production is tied to the schedule from the film university. Early brainstorming began during winter 2021 but advanced ideas came while actively thinking about the storyline end of July. Pre- Production will be completed by the end of September when filming begins. All production days are placed in October and November, with the possibility of additional Pick-Up days up to the end of the year. By then post production including soundtrack composing, visual effects, sound effects and colour-grading has started. Picture-Lock is around the end of January and the film will be finished by the end of February 2022.

Vast hilly forest landscapes characterise the film. While broadleaf forests change colour in all shades, pine forests become darker. During morning, dusk and night these woods are shrouded in fog. The danger could be hiding behind any tree trunk and is most certainly watching all visitors very closely.

We are shooting in the southern part of Germany, in an area called "Black Forest"

The following companies are involved in producing this short film:

As this film is a student production (non-union) the actual costs, which have to be taken into account are much smaller. Especially all Crew and most of the equipment costs can be cancelled out, as well as office rents. Additional income like potential film-festival prices or online tickets for VOD are currently not applicable and shall count as gain to pay the people involved a little extra.

This project will be financed by the Producer, the Kickstarter-Community and regional Foundations. To get an insight on how this works, please select the Co-Producer credit. 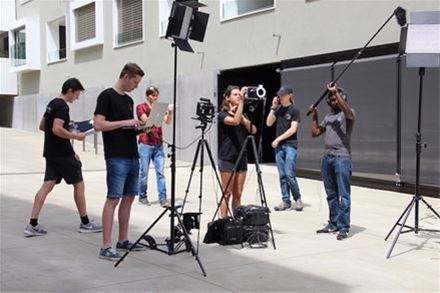